In the last four years many streets have been renamed in Budapest. After the change from the Communist/Socialist regime in 1989 this kind of thing gradually happened too. 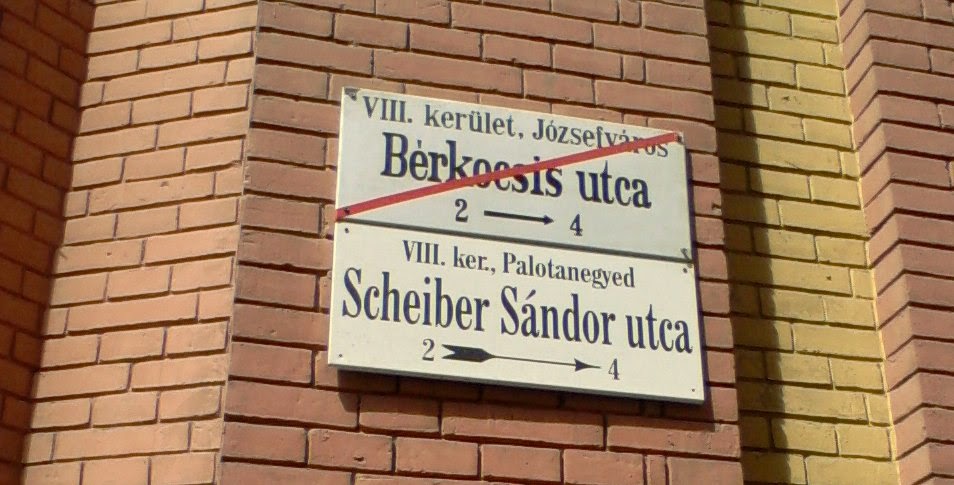 I was surprised the other day to walk past the street after which I named Bérkocsis János, one of the leading Hungarian characters in my play, only to see it is now called Scheiber Sándor utca, who appears to have been an eminent Budapest rabbi. Fair enough as the east part of Bérkocsis street also lives on on the other side of the körút where you can find the Macska bar with craft beer.
Posted by Wayne at 06:59 1 comment:

After three shows with barely an empty seat each time, it's your last chance to catch us before this run ends.

If you do want to pay on the door then it is recommended you arrive half an hour early to make sure you can get a ticket!

More details and how to find the venue, MUSZI, click here: Details/Venue

We hope to see you see us next week! All the best, Wayne 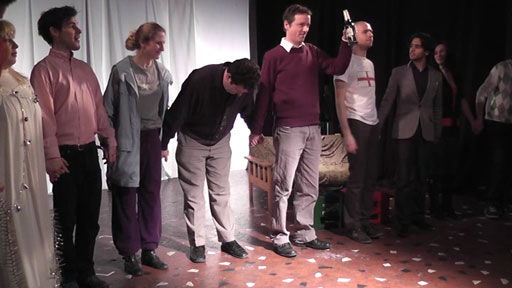 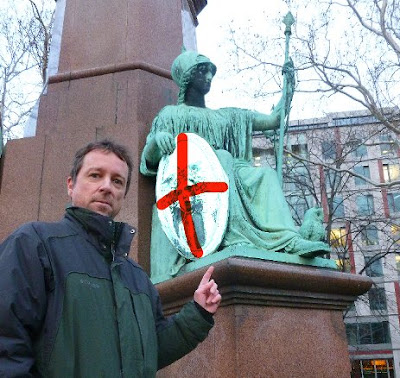 But they'll be back in just a couple of weeks!

We'll soon be announcing the dates of TWO final shows to take place in the second week of April. There may be other performances sometime in the future but who knows where... London, Debrecen, Veszprém?

Following on from our premiere...

Following on from our very successful sell-out premiere we will have two shows this week on Wednesday 6th & Thursday 7th of March!

Tickets available online at: www.tickets.DanubeEvents.com
1450ft advance or 1950ft at the door. Don't delay we sold out last time!

And to introduce the rest of our wonderful cast who haven't already been mentioned: 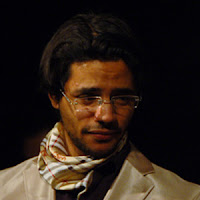 Nourrdine Hajhouj [Rob]
hails from Morocco and has been in Hungary for almost four years. He is a financial auditor and trainer in one of the biggest multinationals in Budapest. It's not numbers, though, but acting that claims his passion. He's no stranger to the stage having performed in many plays and stand-up comedy shows. Nour started speaking in public when he was 9 years old and hasn't stopped. 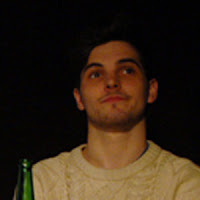 Owen Good [Neil]
moved to Budapest in 2011 in the aftermath of studying Hungarian and linguistics at university. He now lives the luxurious life of  an English teacher. He performed in a few productions at university and is keen to keep active, but feeling indifferent now about playing a Scotsman. 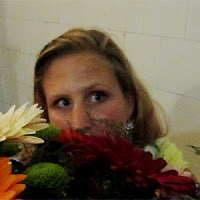 Madeleine Damasdi [Rachel, from 6th March...]
Born in Sweden, Madeleine came to Hungary in 1998. She studied at drama academy and is now MC for the Pandiciel Group’s variety shows, appearing in Hungary and Kosice. She appeared at the Dover Club in the Mad, Silly and Catty Show, and is currently playing Morgause in the BEAT Group’s production of King Arthur at the Atrium. Visit her blog: http://styleomad.blogspot.hu. 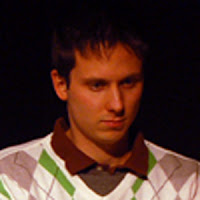 
born and lives in Budapest. He is currently studying at the ÁVF Főiskola. This is his first time on stage and in English too! He enjoys travel, cycling, driving, airsoft and anything to do with nature.

more in our series of actor profiles...

András Urszán [János]
András experienced a love affair with the theatre in high school and college, with long-lasting effects. He has also lived in various European countries where he could indulge his other passions: foreign languages, local cultures, and people. While making a living now with people and languages, he is excited to “do theatre” again in his spare time.

FOR ONE NIGHT ONLY!! (Feb.20th) - Lena Kalisch [Rachel]
Born and raised in , Lena discovered her passion for acting in early childhood and studied acting in and . After several years of travelling in Asia and the Middle East, she settled down in and is currently attending a yoga teacher’s training course.
Posted by Wayne at 14:02 No comments:

A couple of pictures from the rehearsal before the dress rehearsal! Opening tomorrow, Wednesday 20th February. Show starts at 7.30pm. 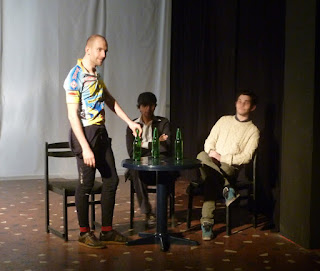 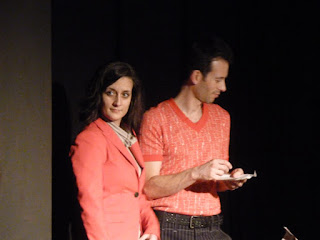 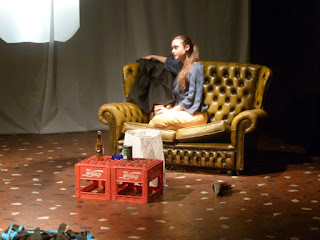 After the opening we should have some decent photos of all the cast together, including Bence Schwarcz of the Hungarian Dept. and Ágota Uzsoki who's got a special department of her own! We'll keep you posted.
Posted by Wayne at 16:47 No comments:

We have pleasure in introducing two great new local talents! 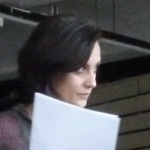 In spite of her sensitive nature and her interests in theatre and performing onstage,  focused more on a business career. Always open to starting over or trying out different roles and personalities, she has now set her sights on enjoying this special world of acting. 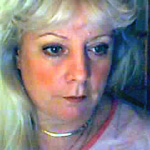 Ágota is a kindergarten teacher, born in Budapest. From the age of 3 until 28, she danced and did gymnastics, and she participated in movement theatre, dancing in the first private theater in Budapest. In addition to a wide array of interests, she has always dreamed of being an actress. Now that dream is coming true.